Fred Jerkins has Written and Produced for many of today’s top gospel artist. He has been nominated for several Dove Awards and has won for Urban Song Of The Year for Kierra Sheard’s “You Don’t Know, Urban Album Of The Year for Kierra Sheard’s “This Is Me” and Urban Album Of The Year for Deitrick Haddon’s “Church On The Moon”. He started the label DarkChild Gospel in 2006 with female trio “Virtue” being his first signing. “Testimony”, Virtue’s release under the DarkChild imprint, quickly became a favorite among many. DarkChild Gospel later signed “Bubby Fann and Praise Beyond” and their album “Praise Interpretations” is an incredible body of work. In 2016, DarkChild Gospel Teamed up with Jermaine Dolly to release “The Dolly Express” which debuted at #1 on Billboards Top Gospel Albums. 2018 will bring the release of a cancer awareness compilation album “A Project of Healing” by Fred Jerkins, featuring a lot of gospel greats.

Check out some of the projects his songs have been blessed to be on.

Come And Knock On My Door Cover

Kiki Sheard This is Me

Marvin Winans Image of a Man

Winans Phase 2 We Got Next 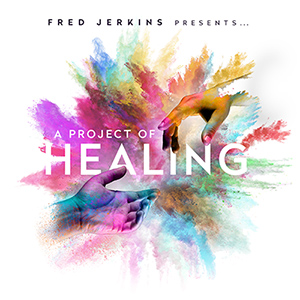 (ATLANTA, GA)Fred “Uncle Freddie” Jerkins III, President of DarkChild Gospel, has announced, A Project of Healing, the first of a series of gospel and mainstream compilation albums that will benefit cancer awareness. This album will feature guest artist such as Bishop Paul Morton, Jonathan Nelson, Lowell Pye, Darlene McCoy, Juanita Francis, Trin-I-Tee 5:7 and more. The first single titled “We Won” featuring Jonathan Nelson is currently available on all digital media outlets. A stage play inspired by the project is currently being written and directed by Kim Fields.

Uncle Freddie has also confirmed a joint business venture with By Any Means Necessary. Since the confirmed partnership, DarkChild Gospel and By Any Means Necessary have found success with Jermaine Dolly. “The Dolly Express”, Landed at the top spot on Billboard’s Top Gospel Albums chart. Jermaine’s first single “You” also known as JESUS, JESUS, JESUS, JESUS peaked at #3 on Billboard’s Gospel Radio charts and his current single “Come And Knock On Our Door” has peaked so far at #9. Dolly’s video for “You”, has been viewed more than 3 million times on YouTube. The success of this partnership has been achieved independently.

After the success of the #1 Gospel album in the country, and doing it independently, Uncle Freddie is creating a platform to assist Independent artist and aspiring writers/producers trying to get connected in the gospel industry. Jerkins’ states that he has heard many independent artists voice their frustrations and he is looking to help make a change with this platform.

Fred is also soon to roll out a Master Class called “Fred Jerkins Music, Business and Money” (a rework of his internationally successful conference Fred Jerkins One 2 One) which is designed for artists, writers and producers as well as individuals looking to start a business or needing help taking their business to another level. The first event will take place in Atlanta GA on April 28, 2018.

For information for Independent artists with a strong following can get info via email at fj3indieplatform@gmail.com . Follow Uncle Freddie and DarkChild Gospel on social media for updates. Follow @FredJerkins and @DarkChildGospel on Instragram and Twitter and follow on Facebook by ‘liking’ pages for Fred Jerkins and DarkChild Gospel.

Are you interested in gospel music production or are you a gospel artist looking for a label?